Dorothy Cantor (School) and Jane Hochberg (Clinical) are both being awarded Lifetime Acheivement awards by the New Jersey Psychological Association (NJPA). Dr. Cantor and Dr. Hochberg were both in GSAPP's first graduating class and received their PsyD degrees in May of 1976. 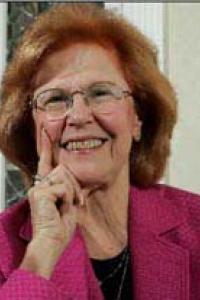 Dr. Cantor was a member of the first graduating class of GSAPP in 1976.  When Dorothy became President of the APA in 1996, not only was she the first PsyD to attain that honor, she was also the first woman clinician to serve as President of the APA.   Dorothy was the first person with a PsyD to be President of the New Jersey Psychological Association in 1986.  By attaining both presidencies, she demonstrated the outstanding training she received at GSAPP.

As President of the APA, Dorothy convened an unprecedented summit meeting of presidents of all the national associations of mental health professionals, to work collaboratively for the public good.  Together, they developed a document, Your Mental Health Rights, which was distributed to all members of Congress, the President, and the membership of all the involved provider organizations.  Many of the points contained in this document were included in the later federal government’s Patients’ Bill of Rights.

Dorothy is currently President of the American Psychological Foundation, a role she has held since 2001.  During her presidency, she has led the Foundation from one with a small endowment, to a Foundation with an endowment of over $15 million, that gave away over $800,000 in 2007, primarily in the form of grants, scholarships and awards to young psychologists, to advance psychology’s ability to help humankind.  In addition, Dorothy is currently chair of the APA Insurance Trust, a position she has held since 1999.

Dorothy has published several books, written numerous articles, and has given presentations throughout the USA, as well as in Canada, Belgium and Mexico.  She has been interviewed on national television, appearing on shows such as Today, Good Morning America, and CNN, speaking on a wide variety of topics.

Much of Dorothy’s work focuses on women’s issues, including the groundbreaking book, Women in Power: The Secrets of Leadership, which was a study of women in high elected office, discussing what psychological factors had allowed them to embark on a career path that, at the time, was unusual for women.   As President of the APA Dorothy organized a Task Force on Adolescent Girls. The outcome of this was a textbook, Beyond Appearance, and a book for teen girls and their parents, The Inside Story on Teenage Girls.  The goal of both was to change the perception that all teenaged girls are depressed, eating disordered and acting out sexually, and to see the strengths young women have.

Dorothy has maintained a private psychological practice in Westfield, NJ since 1978.  She has supervised and mentored many beginning psychologists.  Dorothy is active with the GSAPP Alumni Organization, where she serves on the Board.  Through all her work, Dorothy has been sustained by her family.  She has been married to Gerald Cantor for over 50 years.  They are the parents of two, and grandparents of seven.  With all the professional things she has done, family has always been a priority.