Dr. Jeffrey Lackner (Clinical, 1992), has been appointed the Vice Chair for Research for the Department of Medicine at the University at Buffalo, SUNY.

Jeffrey Lackner (1992 Clinical), is this years winner of The Peterson Prize, which is named after our first dean and is given to an alumna/alumnus who has made outstanding contributions to Professional Psychology. Jeffrey Lackner is an Assistant Professor (tenure track) in the Department of Medicine at the University of Buffalo School of Medicine, SUNY, after serving as a clinical and then research assistant professor for several years. Jeffrey has developed a Cognitive Behavioral Therapy (CBT), evidence-based treatment of irritable bowel syndrome and has written a book about it (Controlling IBS the Drug Free Way: A Ten Step Program for Symptom Relief). He was recently awarded a major treatment grant from NIH ($8,800,000) for the next seven years, which will evaluate the efficacy of a self-administered version of his program (see June 2008 Highlights). He has published 30 articles in some of the most highly regarded journals in psychology and medicine.

Jeffrey Lackner (1992 Clinical), assistant professor in the Division of Gastroenterology in the University at Buffalo School of Medicine and Biomedical Sciences and director of its Behavioral Medicine Clinic, has received an eight million dollar grant from the National Institute of Diabetes and Digestive and Kidney Diseases (NIDDK). Lackner has designed a primarily self-administered treatment program for patients suffering from irritable bowel syndrome (IBS). He has also published "Controlling IBS the Drug-Free Way: A 10-Step Plan for Symptom Relief". Home-Based Cognitive Behavioral Therapy Relieves IBS Symptoms. News Center, University of Buffalo, June 2008. 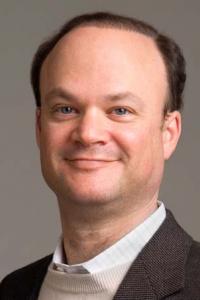 After obtaining his degree at GSAPP in 1992, Jeff accepted a two-year fellowship in behavioral medicine at the University of Rochester School of Medicine before moving to the Medical School at SUNY-Buffalo where he is currently an NIH-funded faculty member. How did he get there?

In pursuing this career path Jeff has been a compelling example of Don Peterson’s vision of what GSAPP graduates might do professionally. Jeff built on the broad and solid education he had received in the discipline of psychology and its application to socially important problems in developing a highly successful career within the field of general medicine. Over the course of his GSAPP experience Jeff had begun to develop an interest in behavioral medicine in general and pain management in particular. He very quickly made himself an authority on pain and its clinical treatment. In the context of treating patients with pain, he began to focus on the treatment of Irritable Bowel Syndrome (IBS), a functional gastrointestinal disease. Over 40 million American suffer from IBS. There is no medical cure although many sufferers can manage their symptoms with dietary change. Given this discouraging medical picture, Jeff’s development of an innovative and evidence-based treatment program based on psychological principles stands as a most impressive achievement.

In 2007 Jeff published a book describing his CGT-based treatment program. In his foreword to the book, Dr. E. Mayer, who as Director of the Center of Neurosciences and Women’s health at UCLA, is one of the country’s foremost experts in this area, had the following to say: “…it is rare to find such an authoritative, scientifically up-t0-date, and e4asily understandable book that ultimately empowers the patient….What makes this book even stronger is that Dr. Lackner has already demonstrated in high quality clinical trials that (his) approach really works, even with the most severe forms of IBS.

Jeff was not content to develop an innovative psychological treatment program. In a sustained, programmatic series of studies he has systematically documented the efficacy of the treatment.. Not only has Jeff evaluated the efficacy of his treatment, but he has also conducted sophisticated analyses of potential mechanisms and moderators of change. In so doing he has entered the world of state-0f-the-art research on treatment outcome in psychological therapy in general. Among other important findings, he has replicated work on anxiety, mood, and eating disorders showing that early response to CBT is a robust predictor of treatment outcome in IBS.

Last year Jeff was awarded a major treatment grant from the National Institutes of Health (NIDDK) for $8,800,000 over the next seven years. The primary purpose of this multi-site, randomized trial is to evaluate the efficacy of a self-administered version of his program versus therapist-administered and placebo interventions. This represents a crowning achievement not just by a psychologist, but by any clinical researcher irrespective of whether he or she holds an M.D., Ph.D. or Psy.D degree.

Jeff has been a prolific and prominent scholar. He has published in some of the most prestigious journals in the world, including Journal of Consulting and Clinical Psychology, Behavior Research and Therapy, Pain, and Gastroenterology. He has also authored numerous book chapters, published abstracts, and health industry publications. His record in obtaining outside funding for clinical research has been consistently impressive. Beyond his prowess as an expert CBT therapist and clinical researcher, Jeff has remained very active in professional matters. The breadth of his contributions is noteworthy. Among other activities, he provides clinical training and supervision for medical residents and psychology students alike, and provides “hands on” teaching for medical students from a variety of departments including psychiatry.

In sum, Jeff Lackner has become a national leader in the field of behavioral medicine. He is one of the country’s foremost experts on IBS, and has won the praise and endorsement of eminent medical authorities in the field of gastroenterology. Jeff’s creative and distinctive work in a setting few GSAPP students have penetrated make him an exemplary graduate and a richly deserving recipient of the Peterson Prize.