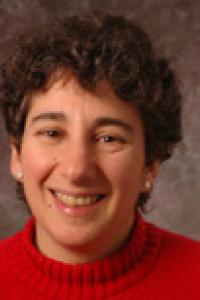 Judith M. Glassgold, who received her PsyD degree in 1989, has contributed most notably to psychological theory and practice with lesbian, gay, and bisexual people. She has done so by challenging the pathologizing theories of homosexuality that dominated psychiatry and psychology until recent years and advancing affirmative conceptions that are congruent with the best available clinical and scientific knowledge about the nature of human sexuality. Dr. Glassgold stands in the forefront of theorists and practitioners who approach in a positive way the social injustices and personal distress suffered by people with lesbian, gay, and bisexual orientations. This she does with deep personal understanding, solid scholarly knowledge, sound clinical practice, and vigorous organizational activism.

Among her scholarly contributions, her books, Lesbians and Psychoanalysis: Revolutions in Theory and Practice (1995), and Lesbians, Feminism, and Psychoanalysis: The Second Wave (2004), co-edited with Suzanne Iasenza, have been most influential. To quote one reviewer, they "set the tone for a lesbian psychoanalytic revolution." Glassgold's journal articles and presentations are devoted to a wide range of related topics, including linkage of the feminist and LGB social movements, integration of lesbian identity with orthodox Judaic tenets, and the full span of ethical issues in psychological practice.

Within psychological organizations, Dr. Glassgold's energies have been effectively expressed at the local, state, and national levels. At GSAPP, she co-taught one of the first courses ever offered nationally on psychotherapy with lesbian, gay and bisexual clients. In the New Jersey Psychological Association (NJPA) she was the founding Chair of the association's Committee on Lesbian Gay, and Bisexual Concerns and organized the first symposium on those concerns in the history of the organization. As chair of the NJPA Ethics Committee, she has conducted state-level ethics training, provided consultation services to colleagues, and written articles to help practitioners navigate the ethical dilemmas they encounter. At the national level, she has served as Chair of the APA Committee on Lesbian, Gay, and Bisexual Concerns and as President of APA Division 44, the Society for the Psychological Study of Lesbian, Gay, and Bisexual Concerns.

All of this Dr. Glassgold has managed while she was fully engaged in private practice as a primary occupation. For her, the secure confidentiality and freedom from invasive bureaucratic pressures offered by independent practice, coordinated with active involvement in professional associations, provided a better platform than did the public sector for the work to which she is so passionately devoted. In company with the colleagues who have previously received the present award, Judy Glassgold clearly exemplifies the diversity of work settings, personal and conceptual orientations, and organizational actions through which "outstanding contributions to professional psychology "and "creative efforts that enhance the general welfare" can be accomplished.