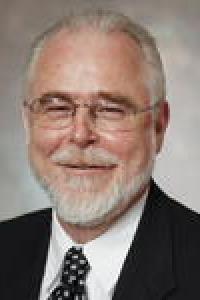 Keith Hawkins (PsyD, 1987) has had a stellar career as a psychologist, which has encompassed service to the underserved, teaching, pre- and postdoctoral training and funded research.  One of his major achievements was developing the Neuropsychological and Psychological Assessment Service at the Connecticut Mental Health Center (CMHC) as well as the Neuropsychological Assessment Service in the Department of Psychiatry at the Yale University School of Medicine. Through his clinical contacts, research grants and consulting arrangements, he built these services where none had existed before. In these settings, Dr. Hawkins has trained over 45 pre- and postdoctoral fellows in clinical neuropsychology.  In fact, it was he who was responsible for recruiting these interns and fellows to Yale, serving as their faculty advisor and primary supervisor.   Several of these trainees now hold positions in clinical institutions, including faculty appointments, at schools such as Harvard, Dartmouth, Brown, Cornell and Columbia.

In keeping with the GSAPP ideal to help the underserved, Dr. Hawkins’ clinic was set up at the Connecticut MHC, which is located in downtown New Haven.  The staff conducts about 250 assessments annually, serving primarily an impoverished, inner city community.  Dr. Hawkins also introduced the practice of Dialectical Behavior Therapy to the CMHC and organizes training seminars in this modality throughout the State of Connecticut on behalf of the Department of Mental Health and Addiction Services.  Extending his expertise in neuropsychology and testing into the forensic sphere, he has been an expert witness or consultant for forensic cases at local and national levels.  These have included murder cases, traumatic brain injury claims and a class action regarding industrial toxins.

In the research arena, Dr. Hawkins has garnered many grants and has published copiously.  Most recently, he is the Principal Investigator on an Alzheimer’s Association Grant in which he is establishing neuropsychological norms for elderly African Americans.  He is an Investigator on grants involving fMRI imaging of alcohol-intoxicated driving and is a consultant on an NIMH grant on aberrant functional connectivity in psychosis.  Dr. Hawkins has published 40 original articles in the neuropsychological domain, as well as several book chapters, case studies, book reviews and many government reports. He sits on the editorial board of several distinguished journals, among them Behavioral Neurology, The Clinical Neuropsychologist, and Journal of Psychiatry and Neuroscience.

Dr. Hawkins was born in Wanganui, New Zealand, and received four degrees/diplomas from Massey University in New Zealand--B.A. (1974), B.A. Honours,(1975),  Dip. Ed. (1977), and M. Phil. (1980). He attained the Psy.D. in clinical psychology from GSAPP in 1987 and a license to practice psychology in Connecticut in 1989.  He lauds the diversity of training at GSAPP including the neuropsychology and psychopharmacology courses by joint appointment faculty Herb Kohn and Rob Pandina, with whom he also conducted research.  He currently holds the title of Associate Professor, Department of Psychiatry, Yale University School of Medicine.  In his work, Dr. Hawkins exemplifies GSAPP values of wedding theory to practice, extending the frontiers of knowledge and providing leadership in one’s sphere of professional practice.