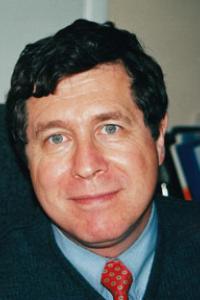 Dr. Kenneth Shore (School, 1981) has devoted his career to providing pragmatic assistance for parents, teachers and students in the schools. He began working in school systems in the late 1970s, at which time he quickly became aware that, as a psychologist in schools, he faced multitudinous obstacles to making an impact and doing meaningful work.

While at GSAPP, Dr. Shore learned innovative approaches to assessment, problem solution, and evaluation of programs, but found such measures difficult to implement given the constraints found in schools. He subsequently began searching for a source of leverage with which to effect change for students—he found this in their parents. Dr. Shore began working to ensure that parents had an equal voice in school meetings and ran workshops for parents to demystify the maze of special education.

Dr. Shore’s current interests lie in bullying prevention and intervention. When asked what lead him to work in the area, he states, “The reality is if you work in the schools, it’s an issue you come across all the time, at the elementary, middle, or high school level—it’s hard not to be impressed with the impact of bullying on the lives of students.”

Another key point is that schools need to recognize that they can play a key role in alleviating the problem. Dr. Shore notes that bullying prevention programs implemented in the United States using Dr. Dan Olweus’s model have been shown to decrease incidents of bullying by nearly 50%. The final take home message Dr. Shore most wanted to highlight is that a bullying program needs to be comprehensive—a poster on the wall is insufficient. Programs must be ongoing throughout the year, and embraced and understood at all levels of the school—including secretaries, custodians and teacher’s aides.

Dr. Shore has recently read about the Center of Applied Psychology’s nomination to receive a grant to “Reduce Bullying in NJ Schools” from the Pepsi Refresh Challenge Competition. He states that he is “very supportive” of its goal to implement prevention programs. He states that he is “absolutely convinced that it is a useful way to spend people’s time and money [and] a serious issue that we can do something about.”

Dr. Shore remarks that his education at GSAPP proved a highly positive experience. He particularly remembers the high caliber of instructors—considering Dr. Virginia Bennett as an “inspiring role model” and Dr. Jack Barden a “pioneer” in the field of school psychology. He values the kind and considerate manner in which Dr. Stan Messer interacted with graduate students and appreciates having learned to reconcile different theoretical orientations. Dr. Shore’s advisor, Dr. Charlie Maher, introduced him to a very systematic approach to analyzing school psychological services that has served him well throughout his career. Finally, Dr. Shore recounts a piece of advice given to him by Dr. Don Peterson that he has used as a guiding principle in all of his work: “We should only obtain information for the purpose of being helpful to somebody.” He states that while it seems so simple and obvious, it is truly quite profound. Dr. Shore’s own words of advice for current students come from a book read during his time at GSAPP, The Culture of the Schools by Seymour Sarason. Dr. Shore states that in trying to effect change, one really must understand the culture of the system to be changed. If you do not understand the culture, you will lack those sources of leverage necessary to enact change.

For more information on Dr. Shore and his career accomplishments, visit drkennethshore.nprinc.com.