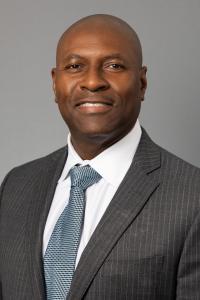 Mr. Nayland Smith has held several executive roles in his career and he has worked at several prominent financial institutions such as Dow Jones, Bridge Information Systems, and Brown Brothers Harriman. For over four years, Mr. Smith served as the Associate Dean of Business and Finance at the Graduate School of Applied and Professional Psychology (GSAPP) and the Executive Director for the Center of Applied Psychology Innovation (CAPi). In his time at GSAPP, he built and developed a skilled team of financial professionals and added rigor to the financial planning process, thus laying a foundation for growth. Nayland managed financial strategies that helped to double tuition revenue in just over three years. As a growth strategy, he and his team launched an on-demand online learning facility for psychologists seeking continuing education. Nayland also developed financial resources to assist students experiencing hardships. He was instrumental in the financial planning behind GSAPP’s expansion of the Master in Applied Psychology program and the reinstitution of the Organizational Psychology program.

As Executive Director of CAPi, he and his team created a software product called the Mental Health Toolbox and they developed the Beautiful Mind Summit with guest celebrity host Deepak Chopra. He also spearheaded the design and development of GSAPP’s student database tracks and reports practicum activity and requirements for doctoral students.

Nayland Smith holds a bachelor of science degree in Public Health from Rutgers University and a master’s degree in Management and Finance from Harvard University, and he is currently in his last year as a doctoral candidate at Rutgers Business School.