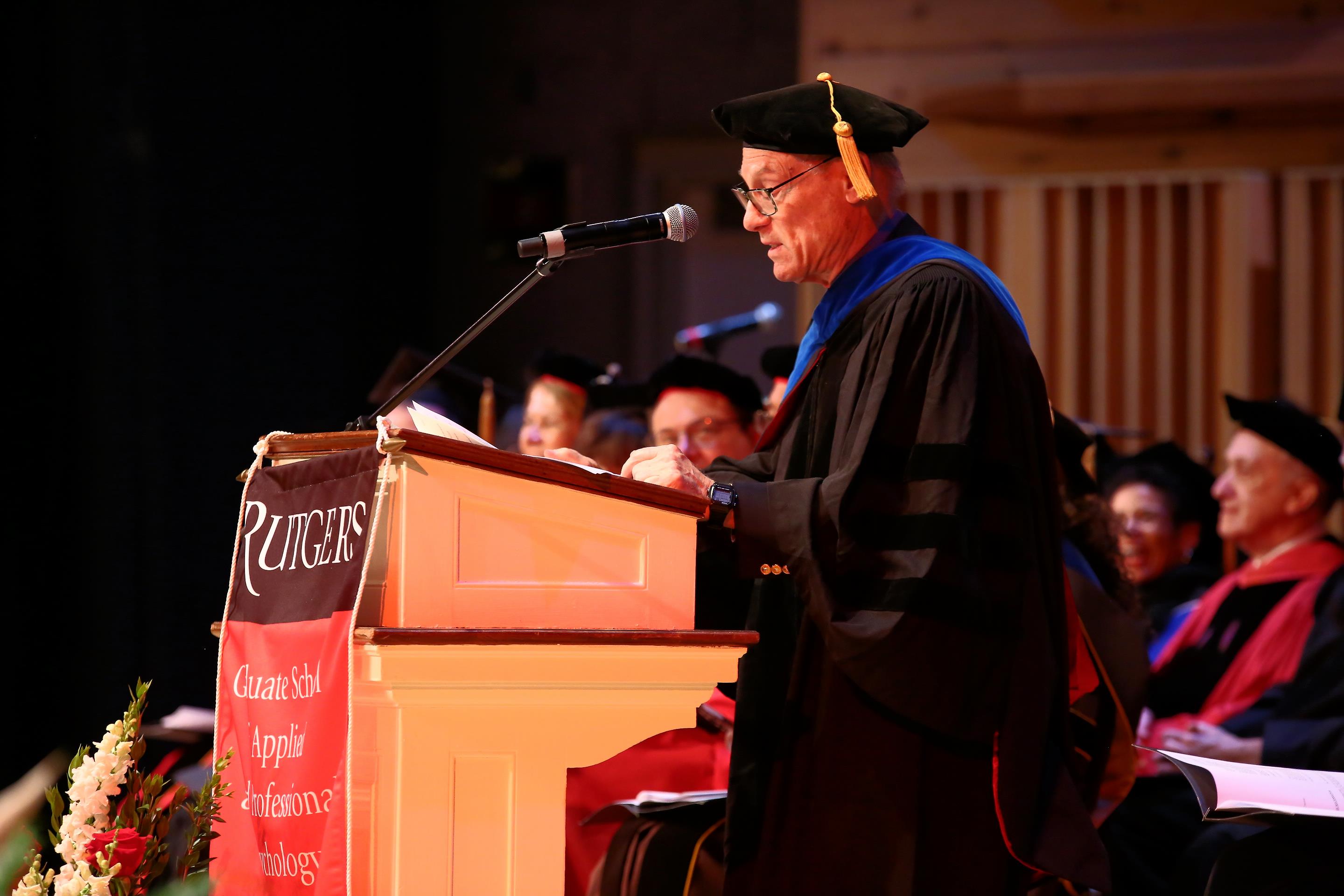 Fishman, who is retiring this year after 42 years of teaching, scholarship and administration, drew parallels between what he called the “Soul of GSAPP” and the 300-year-old Enlightenment vision described by cognitive and evolutionary psychologist Steven Pinker in his best-selling book, “Enlightenment Now: The Case for Reason, Science, Humanism, and Progress.” In his book, Pinker emphasizes that scientifically grounded knowledge must be based on systematic and rigorous, empirical data. Fishman pointed out that in recent years “organized psychology has formally recognized that such ‘empirical’ data includes qualitative, narrative observations in addition to quantitative data.” Fishman concluded that “recognition of the scientific value of qualitative knowledge is crucial to GSAPP’s training of applied psychologists … [because it] very importantly narrows the gap that has long existed between, on the one hand, the world of psychological research, and, on the other hand, the qualitative, narrative, relationship-rich interactions of everyday professional practice.” Fishman noted that Pinker’s Enlightenment vision upholds a commitment to humanism, that is, “to the unique value and dignity of each individual client and the importance of relieving that client’s suffering, and enhancing that client’s flourishing.” The commitment to humanism means that “the core of Enlightenment science is pragmatic, so that science’s success is to be judged by its capacity to reduce suffering and to improve the quality of human life - a value at the heart of GSAPP’s mission.” Fishman emphasized Pinker’s point that “the commitment to humanism involves an embrace of our differences - reflected, at GSAPP, in our commitment to diversity and multiculturalism.”

Convocation greetings were brought by: 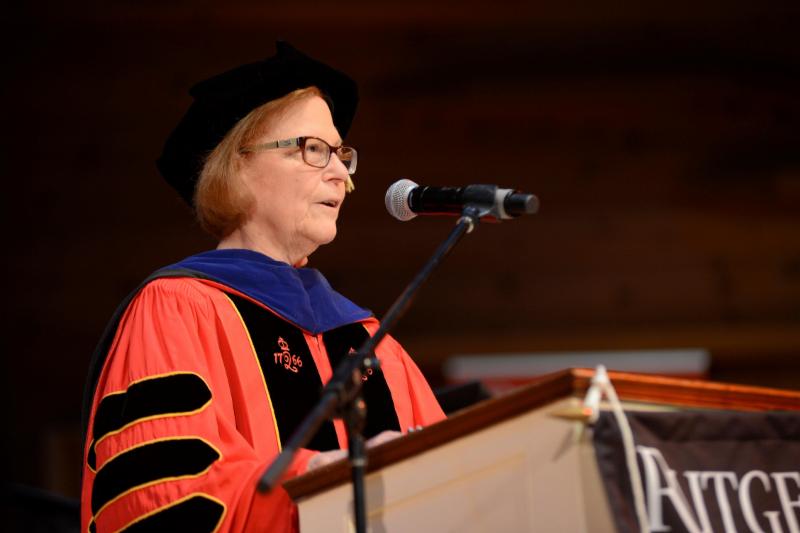 Dr. Dorothy Cantor, Board of Governors 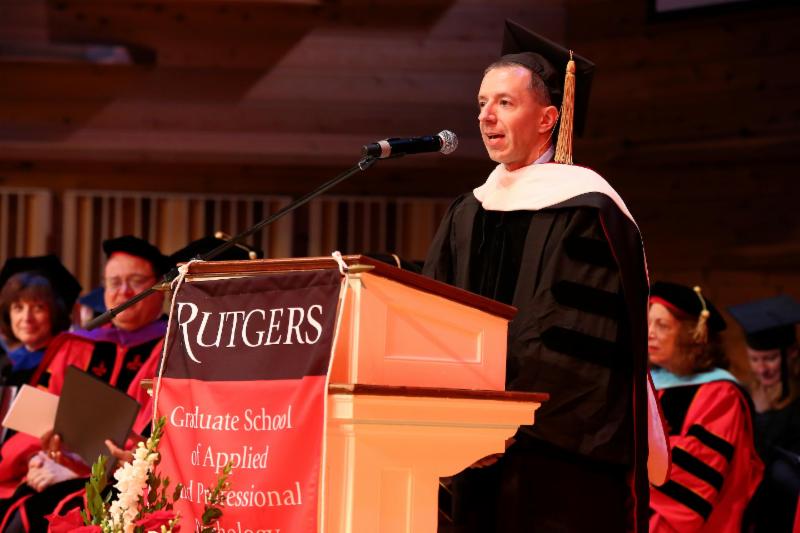 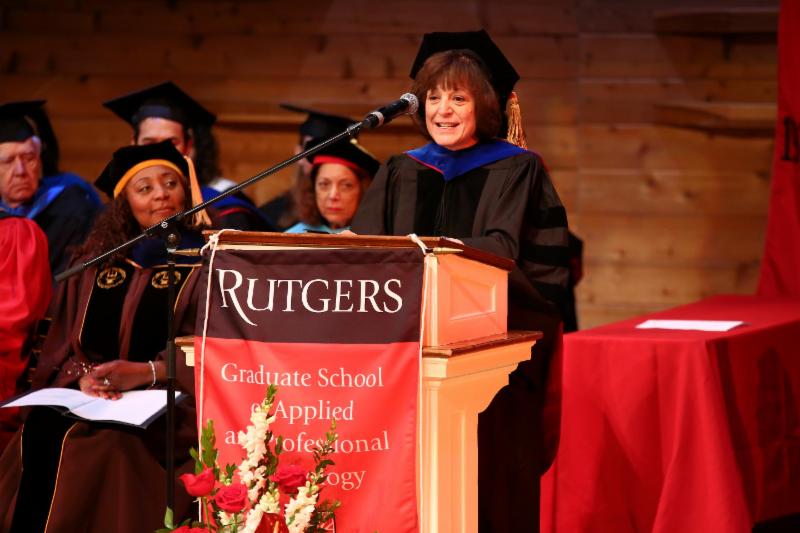 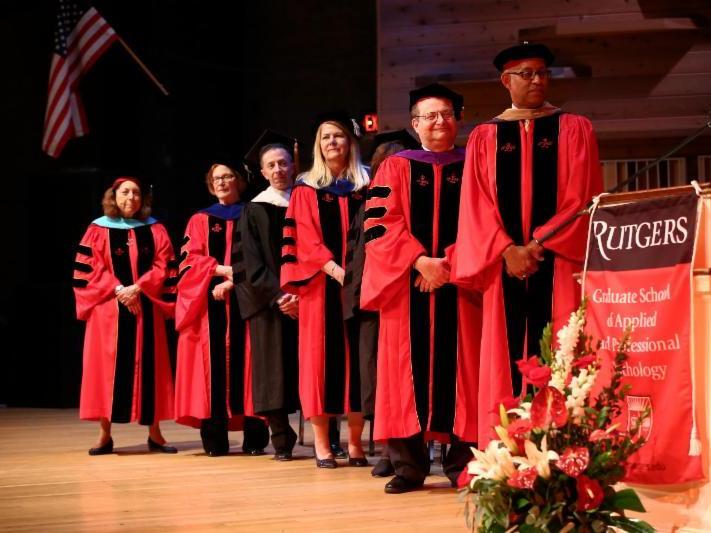 Members of the Board of Trustees. 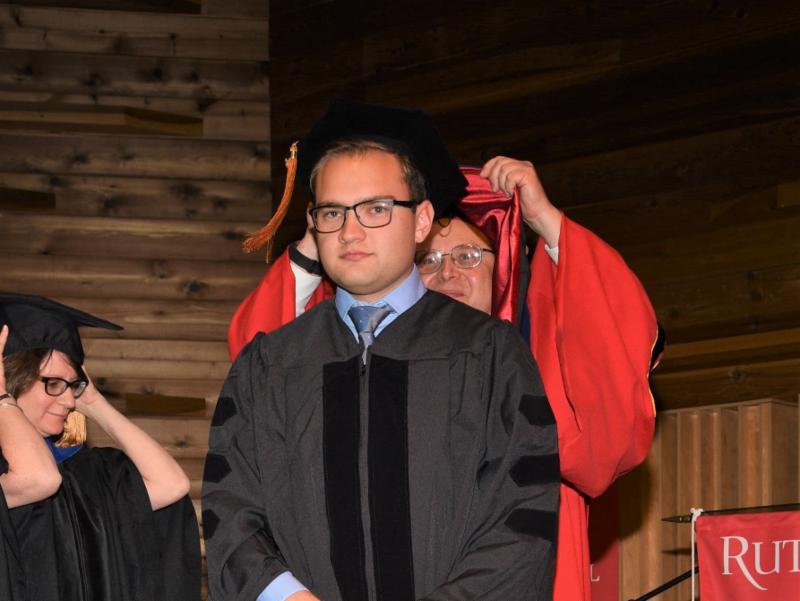 GSAPP's Brian Eichert enjoyed the singular honor of being hooded by his father, Robert Eichert, Emeritus Board of Trustees. 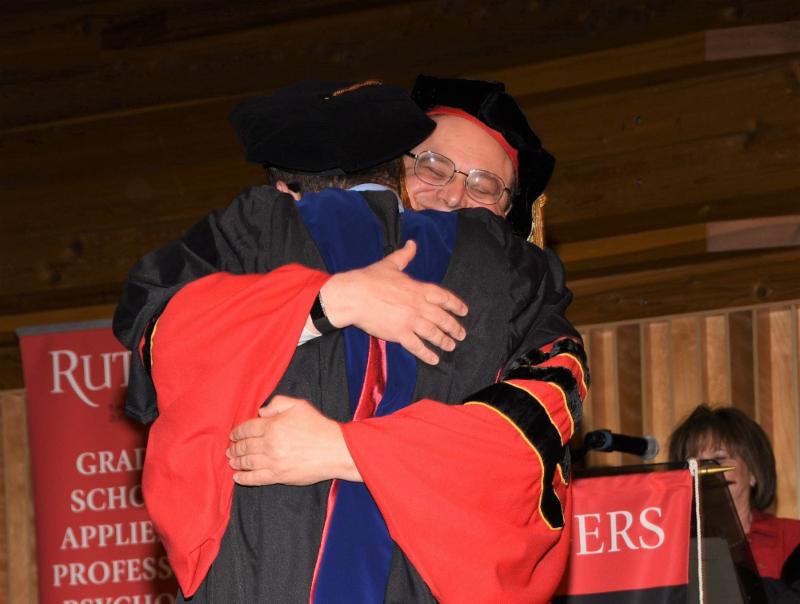 GSAPP's Brian Eichert shares an embrace with his dad.