Monica Indart: Serving Some of the Most Vulnerable

Monica Indart: Serving Some of the Most Vulnerable 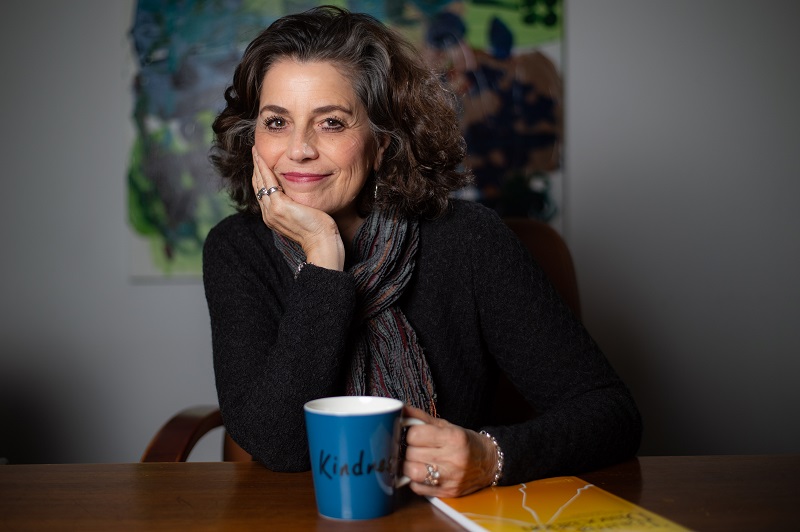 Dr. Monica Indart (’94) has made it part of her life’s work to champion the causes of some of the world’s most vulnerable people: refugee immigrant asylum seekers. For almost 20 years, through her involvement with HealthRight International, Indart has provided pro bono or very low fee psychological evaluations for victims of persecution and torture as part of their case for asylum in the United States.

She also provides services after people attain asylum, and she offers specific treatment for torture survivors and people who have had more extreme trauma. As a first-generation immigrant to the United States herself, Indart brings a unique personal perspective and sense of compassion to her work.

“It is very complicated for people—it’s not all sunshine and roses making a life in this country,” she says. “But at least they have an opportunity at a life, whereas, if they are deported, they would not.”

Domestically, Indart teams with three nongovernmental organizations in the New Jersey and New York area that promote refugee well-being: the International Rescue Committee, Church World Service, and the Reformed Church of Highland Park. Among other initiatives, she is also applying for two federal grants to provide services for torture survivors in New Jersey, and both grant proposals involve GSAPP students as significant service providers.

Indart’s early career in psychiatric emergency services laid the groundwork for her current area of specialization. “I did a lot of mobile outreach with the Newark Police Department and then found my way into disaster mental health after 9/11, which was a segue into the broader refugee trauma-focused work,” she says.

That expertise in trauma and trauma-informed care led to Indart’s involvement with international organizations like the United Nations, Doctors Without Borders, and UNICEF. Through those organizations, she has provided consultation and training for mental health providers around the world in places like Rwanda, South Sudan, Chile, and Panama. She also has helped respond to large, global crisis situations, such as the 2004 tsunami in Thailand and the 2010 earthquake in Haiti. In 2014, she traveled to Ukraine to provide training in torture rehabilitation services and trauma crisis response services to aid torture survivors following the Russian invasion.

In her work with torture survivors, Indart explains that she employs a specialized kind of therapy called Narrative Exposure Therapy. “Not a whole lot of people are trained in Narrative Exposure Therapy here in the United States,” she says. “It was a kind of therapy developed specifically for refugees and internally displaced persons in South Sudan in the late 1990s and 2000s with a European team. In the last 20 years or so there has been a lot of research showing that it is a promising practice particularly in more catastrophic severe trauma that you find in refugee camps.”

Indart is especially proud of a new project she undertook this year in New Jersey with the IRC’s Refugee Youth Services Academy (RYSA). The three-week program for refugee children ages 6-18 is designed to help newly arrived, resettling refugees get acclimated and get a head start on the academic year. The three-year-old, school-based program, which operates out of donated space at Kean University’s Human Rights Institute, had focused mostly on academic preparation in the past. However, this year, with the involvement of Indart and seven GSAPP students the children in the RYSA program also received critical psychosocial support, as well.

“I just had a debriefing conversation with the director of the program and the director of refugee resettlement at the IRC,” says Indart. “They were beyond delighted with GSAPP’s involvement. They absolutely want us to come back next year—it was a big success from the IRC’s perspective and from mine as well.”