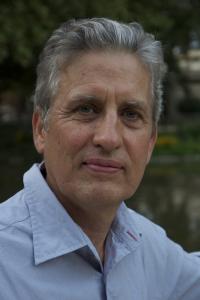 Louis Sass, Ph.D., is Distinguished Professor in the Department of Clinical Psychology, Graduate School of Applied and Professional Psychology (GSAPP), at Rutgers University, where he is also affiliated with the Comparative Literature Program and the Center for Cognitive Science.

Sass has published extensively on schizophrenia, phenomenological psychopathology, psychoanalysis, hermeneutics, and the thought of Wittgenstein, Heidegger, and Foucault—as well as on modernism/postmodernism and other cultural issues. He is the author of Madness and Modernism: Insanity in the Light of Modern Art, Literature, and Thought and of The Paradoxes of Delusion: Wittgenstein, Schreber, and the Schizophrenic Mind. A revised edition of Madness and Modernism, published by Oxford University Press, was awarded the BMA: British Medical Association First Prize as best book in the field of psychiatry for 2018.

Sass has received fellowships from the National Endowment for the Humanities and the Fulbright Foundation, and has been a member of the Institute for Advanced Study in Princeton NJ. He has long been a fellow of the New York Institute for the Humanities and a research associate at the Institute of Psychiatry: History, Policy, and the Arts, at Weill Cornell Medical College. Sass has been a visiting professor, in psychology or philosophy, at the Universities of Chicago, Paris, Oviedo (Spain), Colombia (Bogotá), and Michoacán (Mexico).

2010 Joseph B. Gittler Award from the American Psychological Association.