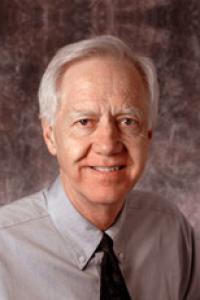 G. Terence Wilson has been a member of the Rutgers faculty since 1971. In 1985, he was appointed Oscar K. Buros Professor of Psychology. In addition to his faculty role in the Graduate School of Applied and Professional Psychology, he has also served as director of clinical training in the Ph.D. program and as chair of the psychology department. Dr. Wilson was a fellow at the Center for Advanced Study in the Behavioral Sciences at Stanford (1976-77 and 1990-91) and visiting professor at Stanford University in 1980.

A former president of the Association for Advancement of Behavior Therapy (1980-81), and editor-in-chief of the journal Behaviour Research and Therapy (2002-2015), his many other honors include: 1994 - Distinguished Scientific Contributions to Clinical Psychology Award, Division 12 (Clinical Psychology) American Psychological Association; 1996 - Award from the Latin American Association for Behavior Analysis and Modification for Distinguished Contribution to Behavioral Science; 2008 - Outstanding Mentor Award, Association of Behavioral and Cognitive Therapies; 2012 - Aaron T. Beck Award from the Academy of Cognitive Therapy; 2013 - Lifetime Achievement Award from the Academy of Eating Disorders; 2014 - Distinguished Scientific Award for the Application of Psychology, American Psychological Association; 2014 - Craig Johnson Award for Excellence in Clinical Practice and Training, National Eating Disorders Association; 2017 - Special issue of Behaviour Research and Therapy in honor of G. Terence Wilson: "Expanding the impact of cognitive behavior therapy."

Theory and practice of Cognitive Behavioral Therapy for adults; assessment and treatment of eating disorders