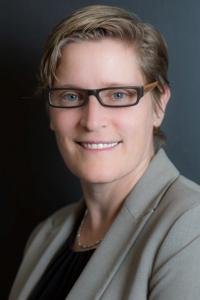 Since Dr. Anne Gregory joined the faculty at Rutgers, she has been dedicated to making advances in her areas of research on school discipline.  Disparities in out-of-school suspension and expulsion by race, gender, and sexual orientation are a critical issue in schools today.  Dr. Gregory has been part of the Research-to-Practice Collaborative on Discipline Disparities, comprised of a national panel of researchers, educators, and policy analysts advocating for change in the gender and race disparities in discipline.  Over the past semester, she gave briefings in Washington D.C. and other cities that focused on the collective findings of the panel.

When asked what piqued her curiosity in this area, she replied that after receiving her Masters in Education, she began working with African American boys in schools where she ran mental health services.  “In some settings in the school I noticed they were withdrawn and disengaged, and in other settings they seemed very engaged and motivated.  So I shadowed them throughout their day and noticed that in certain academic settings they were being shamed in a way that was linked to their withdrawal,” said Dr. Gregory.  She stated this concerned her, and added that at that time in the 90s, no one was talking about the racial discipline gaps.  She then focused her research on increasing the availability evidence-based interventions and developinga policy agenda for reform to improve equity in school discipline.

Research in this area has recently been driven by the NAACP and the U.S. Office of Civil Rights, where they use the law to leverage change in school districts.  Dr.Gregory said, “If a protected group, (African Americans are protected as a group under law as a race) experience disparate impact, which is a legal term, it’s a civil rights violation.  So if a policy or practice in school adversely impacts one protected group over the other, it’s illegal.”  Over the past three years, Dr. Gregory has been working diligently to find out what empirically-based practices reduce discipline gaps in school.  She and a panel of fellow researchers have been holding meetings with judges, police officers, teachers, principals, youth advocates, and law makers all over the country to find out what they have been doing in terms of making progress to reduce these disparities in schools.

“Making instruction more motivating and engaging can reduce classroom behavior problems, since children won’t be as bored, and therefore will reduce the discipline gap.

In March of 2014, the briefings on the culmination of three years of work were released and Dr. Gregory presented them in Washington D.C. as part of a congressional briefing panel. “Something I’ve learned that’s striking to me, is that if you can connect with a congressional member in the audience about his or her passion and relate it to what you’re speaking about, it increases the relevancy of your work.”  The policy oriented work has led Dr. Gregory to ask herself, “How does my research relate to policy reform and what are the real implications of my findings for schools?”

Dr. Gregory said that she thinks about the discipline gap in an ecological way, in that just changing one aspect of discipline practices will not addressed entrenched disparities, some of which arise out of a long history of inequality in this country.  At the same time, Dr. Gregory observes that teacher professional development matters. She has found that the discipline gap can be reduced by making classroom instruction more motivating and engaging..  “We need to train teachers to be better instructors,” said Dr. Gregory.  “Making instruction more motivating and engaging can reduce classroom behavior problems, since children won’t be as bored, and therefore will reduce the discipline gap.  In one study we did, it showed that teacher coaching in this area eradicated the discipline gap in the classrooms.”  Dr. Gregory said that a potential reason that some groups are excessively disciplined may relate to their not having fair access to good instruction.  In addition, other processes such as implicit bias and an unconscious punitive attitude towards African American youth likely fuel the gap.

When asked about challenges Dr.Gregory has faced in her research, she reported, “I think that talking about racial disparities in discipline to overstressed and overworked teachers is really challenging.  It’s really hard when you feel you’re giving it your all and you don’t get a lot of support.  Then I come in as an outsider and to tell teachers that they have patterns in their school suggesting some groups are being more harshly punished based on race – that is a really hard dialogue for teachers to engage in.”  Dr. Gregory continued, saying, “I think that a priority in the work that I do with teachers is to first recognize the stresses of their profession and the strengths of their approach.  If I don’t acknowledge stresses and strengths, they will not be able to take in other messages.”

Another big challenge in this research is to move away from the blame game.  “The teachers blame the families, the families blame the teachers, so finger pointing is constant,” said Dr. Gregory.  “To change that process you have to allow teachers to see what they are doing well.”

The next steps in this field are to highlight and spotlight the best practices in eliminating disparities around the nation.  As of now, we do not have enough understanding of bias free, high achieving schools, so there needs to be more research done as to finding out why certain school are doing well, and what they’re doing differently.  For example, the city of Denver has taken on changing their approach to discipline   Denver uses a restorative approach to discipline where they engage in problem solving with youth around conflict, and integrate student voice in discipline processes.  Over their years of reform, they have had a dramatic reduction in suspensions and expulsions.

Dr. Gregory stated that her long-term goals for her research included developing teacher professional development, and school wide restorative practices.  She remains curious about how to synthesize training models that use both rigorous approaches to teacher coaching and staff instruction on restorative approaches to discipline, “It is important that we are continuously learning more about school change processes related to race and discipline over the next decade.”

Gregory A., Clawson, K., Davis, A.,& Gerewitz, J. (2015). The promise of restorative practices to transform teacher-student relationships and achieve equity in school discipline. For a special issue on Restorative Justice in the Journal of Educational and Psychological Consultation, 25, 1-29.

Dr.Gregory's work addresses the persistent trend that African American adolescents are issued school suspension and expulsion at higher rates than adolescents from other groups. Through research and intervention, she aims to address this trend by strengthening characteristics of teachers, classrooms, and schools associated with the successful schooling of African American students. Her research interests also include disproportionality in school discipline sanctions, teacher-student relationships, and teacher professional development.

My projects include the following four areas:

Dr. Gregory's has several data collection efforts underway:
Morningside Center for Teaching SocialResponsibility & Gregory, A. Whole School RP Project. U.S. Department of Education Investing in Innovation (i3) Fund. The grant will support the development and evaluation of an integration of restorative practices (RP) and social and emotional learning (SEL) with an explicit focus on equity, culture, and bias awareness. Dr. Gregory will lead the evaluation of the program in four elementary, four middle, and four high schools in Brooklyn,New York.

Gregory A., & Ruzek. E. Focused classroom coaching and widespread racial equity in school discipline William T GrantFoundation ($180,000). The research leverages existing data to examine the extent to which the racial equity effects of an instructional coaching program(My Teaching Partner-Secondary) “ripple” beyond a focal, coached classroom to have a broader impact on equity in school discipline.